Volunteers of the Year reflect on Climate Ride 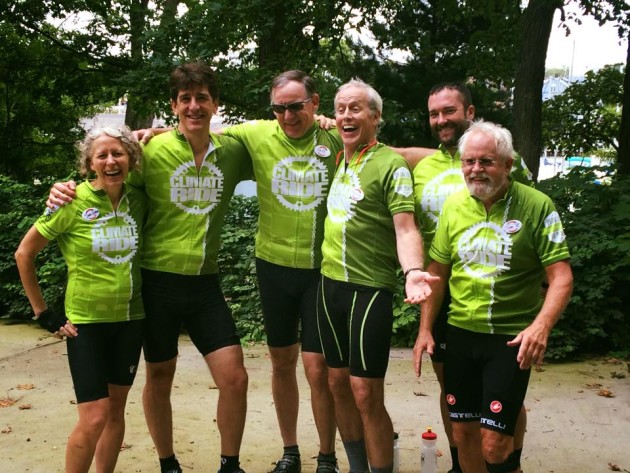 During our 25th Anniversary Annual Celebration, the Volunteer of the Year award was given collectively to Sycamore’s 13 representatives in the Midwest Climate Ride:

These adventurous cyclists rode 300 miles from Grand Rapids, Michigan to Chicago to raise awareness and funds for Sycamore’s work to protect the natural places of southern Indiana. The team raised more than $54,000, more than any other team in the Midwest ride, and a record six Team Sycamore riders were among the Top 10 fundraisers!

Here are some of their own words as they made their appeals for support or described their experience: 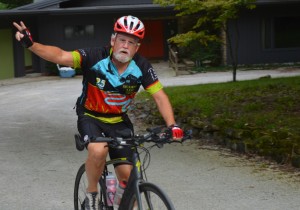 Tom Zeller, a founding member of Sycamore Land Trust 25 years ago, wrote, “There were about 90 (Midwest Climate) riders, 13 on Team Sycamore….It was rather inspiring to meet so many impressive committed activists. Probably 2/3 were under 35 and I found that provides me with a glimmer of hope for the future….I have to say that Team Sycamore made a bit of a splash. We were the largest team, perhaps had spent the most time together, and perhaps had a higher incidence of ‘characters’…. At the very end, Team Sycamore members pulled over until the entire team was present and we were last across the finish line with the other riders lining the path with outreached hands to be slapped and cheering ‘Team Sycamore! Team Sycamore!’…It’s hard to explain the total emotional impact of doing the ride. The combination of setting a difficult goal, training towards it, riding hard each day of the ride while meeting new and interesting people and bonding with a new set of Bloomington friends is simply a memorable and satisfying adventure. 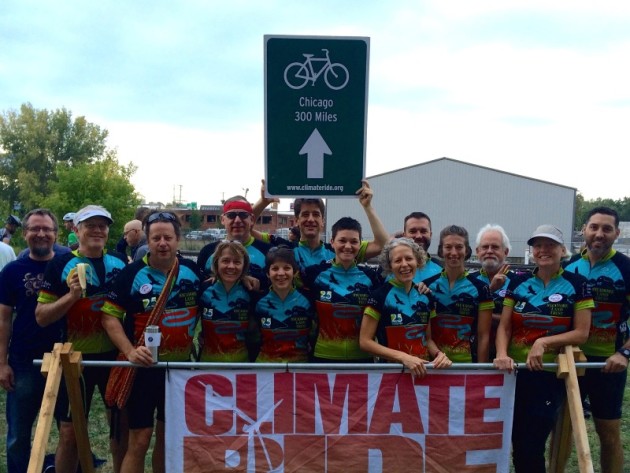 Marcia Veldman was a second time cyclist for Team Sycamore. In her appeal to donors, Marcia said “I am combining my love for riding my bike with my passionate support of the good work that’s being done by Sycamore Land Trust and raising funds for Sycamore and awareness on climate change.” She also pointed out that Sycamore would receive an additional $20,000 (anonymous) contribution towards the Beanblossom Creek Bicentennial Conservation Area once the team raised $20,000 (which they more than doubled!).

DeeDee Dayhoff echoed Marcia’s sentiments in her appeal. “Doug [her husband and teammate] and I have been involved with Sycamore Land Trust since 1999 and truly believe in their mission of protecting and restoring the beautiful land of southern Indiana… As I’ve trained for this ride, I am continually in awe and inspired by the beauty around us – rolling hills, fields of wildflowers, scenic family farms, wooded byways. We are so fortunate to live here. I want to do all I can to preserve its beauty for my sons and the generations to come.” 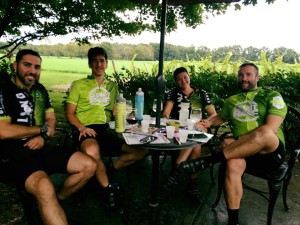 These are just a few of the many stories that came from this team’s feat and incredible fundraising efforts. On behalf of the creatures and people who benefit from the land we protect, we offer a resounding “THANK YOU” to Team Sycamore for their generosity of spirit. 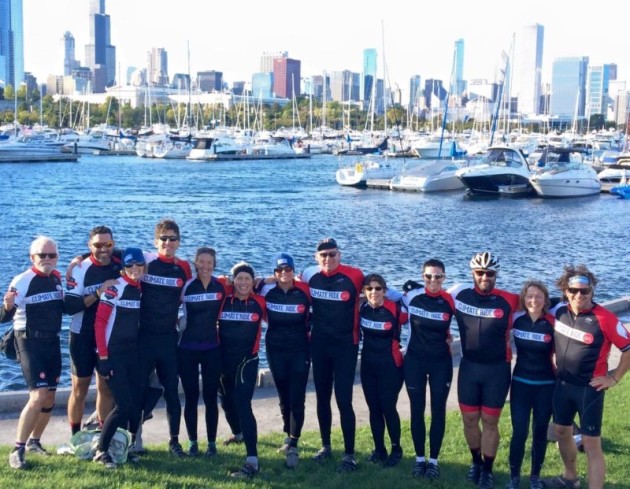