“Who’s been here?” How one book changed my inquiry process 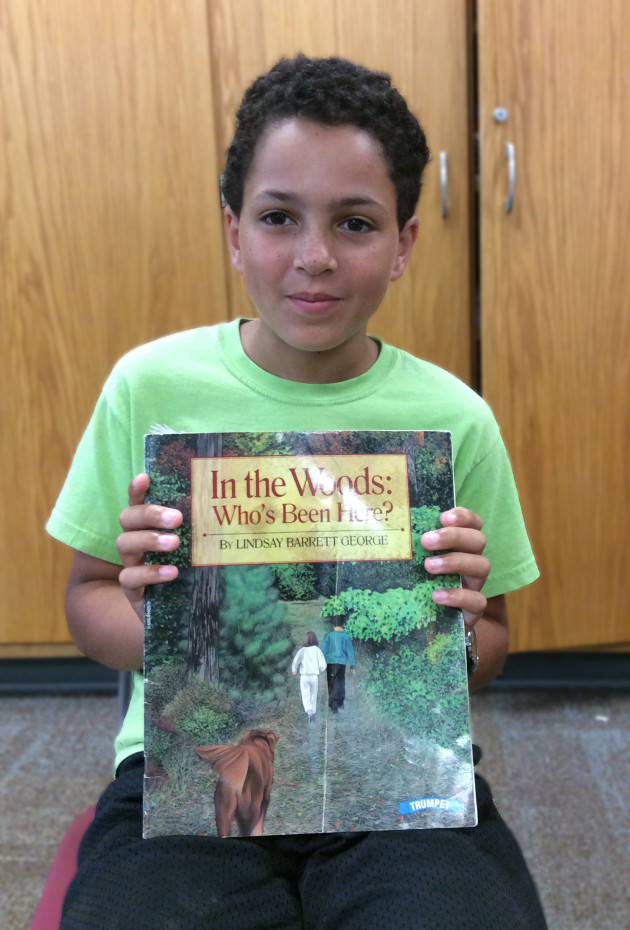 Sawyer Gibson with his birthday book “In the Woods: Who’s Been Here?” by Lindsay Barrett George. He and his brother Tanner received the book for their first and third birthdays. To this day, they use “Who’s been here?” as a lens through which to see the world.

“Dad, who’s been here?” Sawyer asks as he holds up a small limb that is almost yellow and bright compared to its surroundings. We examine closer and see bark still attached and distinct patterns left by the animal’s incisors. Other clues help tell the story. We are on a lake shore. Stumps with tapered tops are nearby.

On another outing, my other son Tanner asks, “Who’s been here?” as he holds up a small, broken Styrofoam cup. He stands next to burnt logs, fish remains, and other human-made debris. The critters in question were obvious.

On both occasions, Sawyer and Tanner already knew what had been here—a beaver and people—from our many other explorations. But that did not stop them from asking the question, “Who’s been here?” The question has become what guides our family’s inquiry.

Lindsay Barrett George’s “In the Woods: Who’s Been Here?” (Greenwillow Books, 1998) was a birthday gift to my boys for their first and third birthdays. Both boys celebrate in August so they often share gifts. Picture books are usually thought of as children’s books, but I have never thought that way. I believe good books are good books. My IU School of Education professors Jerome Harste and Carolyn Burke read a picture book to our graduate-level classes almost daily. “In the Woods: Who’s Been Here?” provides an inquiry method that is useful for all who enjoy reading the land and investigating the wonders of nature. 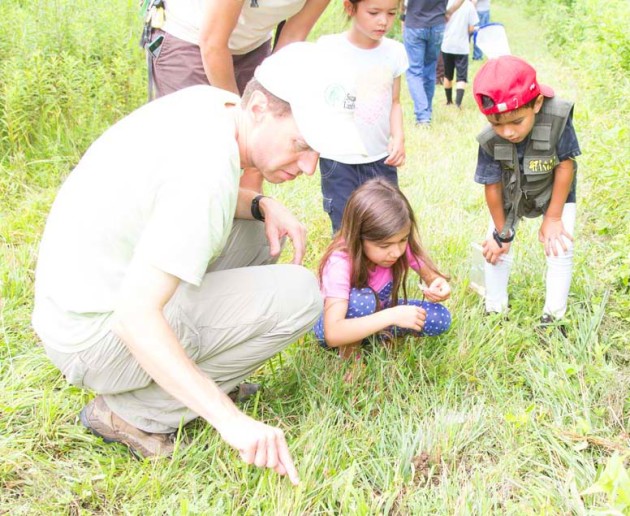 Who’s been here? What is that? Asking lots of questions is a powerful way to learn about our natural world. During Li’l Hikers outings, Outreach Event Coorindator David Rupp (left) encourages this children (and parents!) to ask questions about anything that catchs their eye. Photo by Marcin Zalweski.

Whether on my own, with a group of second graders, or a group of adults, asking good questions trumps reciting facts almost every time. “Who’s Been Here?” is not just a good book for us all to enjoy, it is a lens through which to see the world.