Few folks are thinking of planting seeds in early January when the temperature is 3 degrees Fahrenheit. But winter is a perfect time to get started. Last summer, I wrote an article titled “Get Your Own Dang Weed Field.”

This weed field was sown last winter with Indiana native forbs and grasses. There are good reasons to sow seeds this time of year. Essentially, Mother Nature knows best.

“Dormant sowing in the winter allows the seed to naturally stratify in the soil, a process that is critical to break the seed dormancy in many species, particularly wildflowers and sedges. Further, some species will only germinate in a specific range of soil temperatures. By sowing in the winter, one assures the seed will already be in the soil when the appropriate temperature range is reached for each species.” 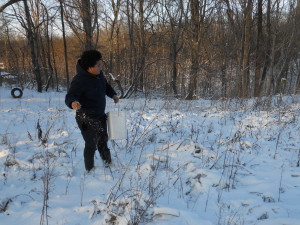 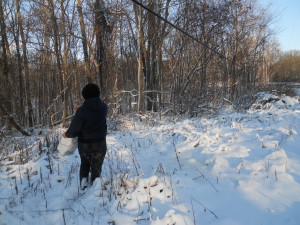 Melting snow along with freezing and thawing will work the seeds into the soil. Photos by Shane Gibson.

“About 6 years ago, I realized that in order to speed up my small attempts at prairie restoration and native plant introduction, I needed and wanted many more seeds than what I could afford to buy every year. It occurred to me that I could do what nature does: just drop the seeds under the plant and some will germinate, produce more plants and seeds and so on. BUT I wanted to be able to set the plants where I wanted to raise them, AND I intended to share my bounty, if one was produced. In very late fall, I started collecting seeds from the forbs and native grasses I already had and some that just showed up on their own at my conservation easement, the Fish Creek Preserve.” 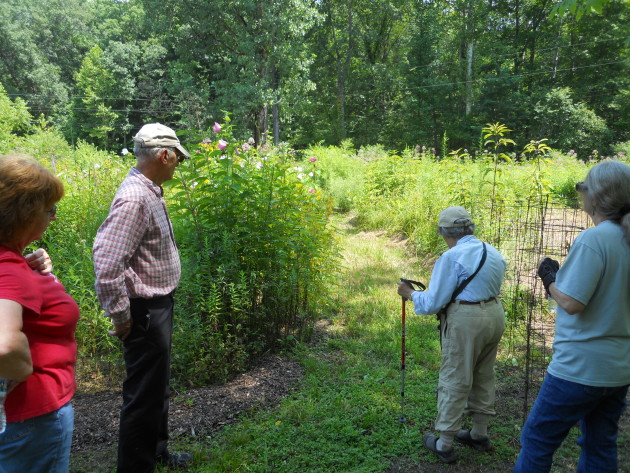 Myriam Wood (second from right) shares her love and knowledge of native plants with a group from Owen County YMCA at Fish Creek Preserve. Fish Creek Preserve is protected through a conservation easement held by Sycamore Land Trust. Photo by Shane Gibson.

“I just sowed some in each pot and sank them in the ground before Christmas. Hoping that nature would do its magic without any further ado, it did, BIG TIME!! I have been doing the same every year since. I have made several mistakes, such as putting way too many small seeds in one pot (such as the tiny seeds of royal catchfly), because when they sprout they smother each other. I had thought that the more the merrier and if some did not sprout, others would…but live and learn.” 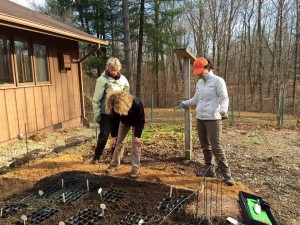 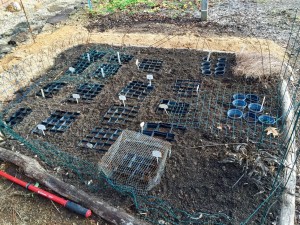 Young plants will be transplanted in spring and summer. Photos by Dottie Warmbier.

Sowing seeds in winter, whether strategically in pots or broadcast by hand, is a great way to get a jump on your spring gardening. Here are some tips for seeding by hand: 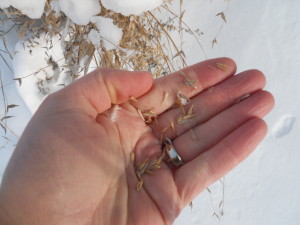 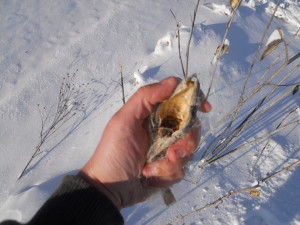 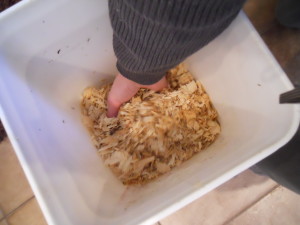 Step 3: Wing it! To insure complete coverage, use half your seed for initial broadcast. Use other half of seed to make passes perpendicular to initial pass. 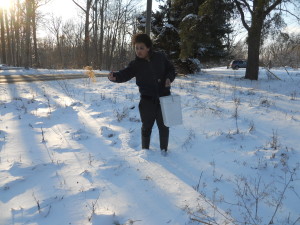 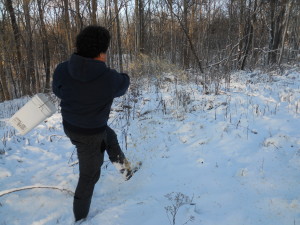 Step 4: Get every last seed out of your bucket. 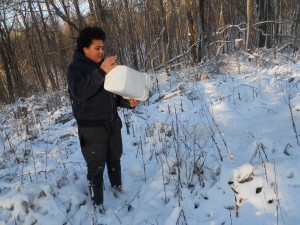 Step 5: Have patience. In the summer, my garden looked like this! 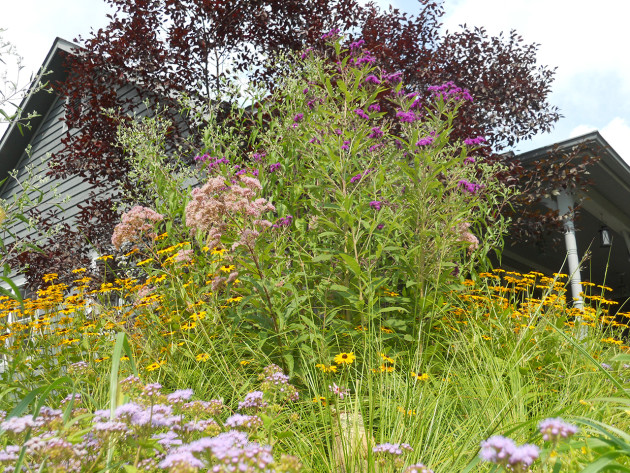 “What good is the warmth of summer, without the cold of winter to give it sweetness.” – John Steinbeck