Unbeknownst to all, gnomes actually walk among us. 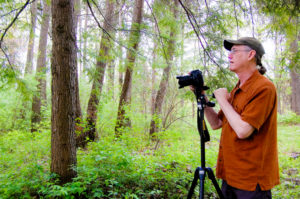 Author Steven Higgs prepares to take a photograph. All pictures in the guide were taken personally by Higgs.

As James A. Thom notes in the forward of the new IU Press book, A Guide to Natural Areas of Southern Indiana: 119 Unique Places to Explore, gnomes are beings tasked with the sacred duty of safeguarding the treasures of the Earth and attempting to combat human greed. They live far from urban areas, instead residing in the very nature they uphold and protect. Bloomington, and the entire state of Indiana, has been fortunate to have a gnome that has carefully watched over it for years, and the name of that gnome is Steven Higgs.

Higgs is a former environmental journalist who previously wrote for The Herald-Times, the Indiana Department of Environmental Management, and the Bloomington Alternative. He graduated from Indiana University with a double major in psychology and political science. Steve received his Master’s in Journalism from Indiana University in 1985, and has lived in Bloomington since. He currently serves as an adjunct professor for the IU Media School. 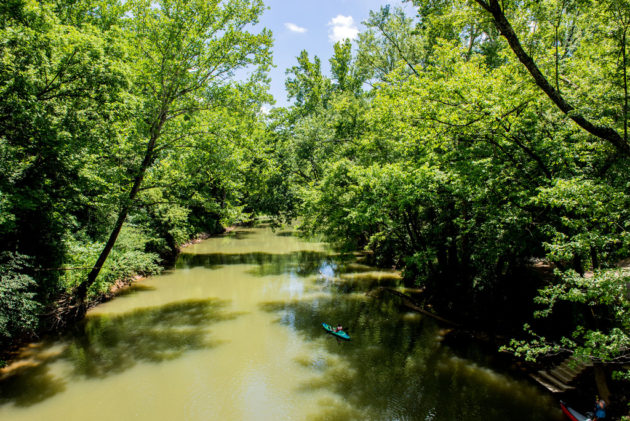 In the mid-1980s, Higgs began reporting on forest management issues on public lands, including the Hoosier National Forest. His work helped influence the way in which the national forest was managed in Indiana, though debates over proper forest management continue. According to Higgs, “I covered that story from beginning to end, and they ultimately withdrew from the original plan. In 1992, they implemented a new plan that’s the most environmentally sensitive in the country: 60% of the forest is off-limits to logging.”

Along with covering environmental issues, Higgs admits to being an environmentalist himself. His strong passion for the environment began as an undergraduate in 1970 walking through Dunn Meadow on Earth Day. He now has several decades and many miles under his belt.

“I’ve been all over the state. I was stuck in the mud in the Ohio Valley, walked into combined sewer overflows in South Bend, walked across an entire valley filled with waste tires up in northern Indiana. I’ve seen everything there has to be seen in Indiana’s environment.” 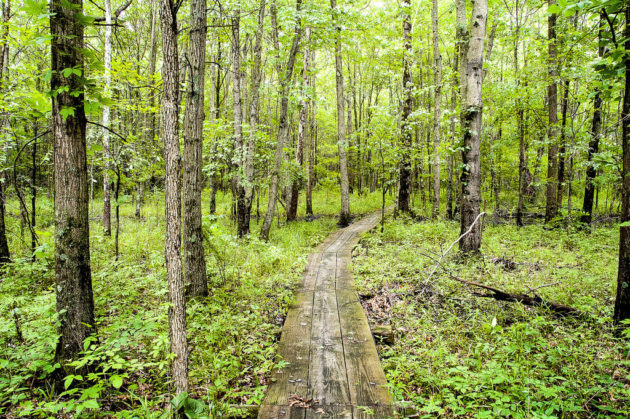 More recently, though, Higgs started environmental projects much different than the journalistic approach he had been doing prior.

“I had a midterm with a Chinese student, and she talked about how frustrating it was that there was all of this natural beauty around Bloomington and she hadn’t gotten to see it,” he recalls. “I had been thinking about nature touring for a long time, and said to her, at the end of the semester I said I’ll take her and her friends out — and I did.” 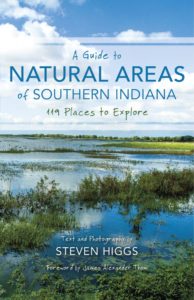 And thus from that interaction, Natural Bloomington EcoTours was born, allowing Higgs to share with others the beautiful scenery that Bloomington has to offer. It was also from his nature tours that Higgs got his most recent opportunity, writing A Guide to Natural Areas of Southern Indiana: 119 Unique Places to Explore. Despite a daunting task that would bring Higgs through 4,500 miles throughout Indiana and taking more than 3,500 photographs, he believed the guide would be worth writing.

“It would be a good book,” he explains of his initial thoughts on the now-published book. “It would last, it would sell, and it would be there over time. It also allowed me to travel all over the state. I do most of my work here in Bloomington, so it was a good opportunity to expand my horizons, and get out and see all of Indiana.”

A Guide to Natural Areas of Southern Indiana: 119 Unique Places to Explore is available to purchase online through Steven Higgs’ website. The book includes hundreds of breath-taking photographs of Indiana’s natural beauty, how to get to different land preserves, and is produced to withstand the elements so you can take it wherever you’re exploring. The price of the book is $35 including shipping, and Steven Higgs is donating 20% of the proceeds to Sycamore Land Trust.