We were so honored to be awarded with the Grand Bloomie award for ad design at Bloom Magazine’s 11th Anniversary Gala on August 10th! It was a privilege to stand among so many other great businesses and their beautiful ad designs. Thanks to the attendees for voting for our ad design! What a fun event at the Indiana Memorial Union. 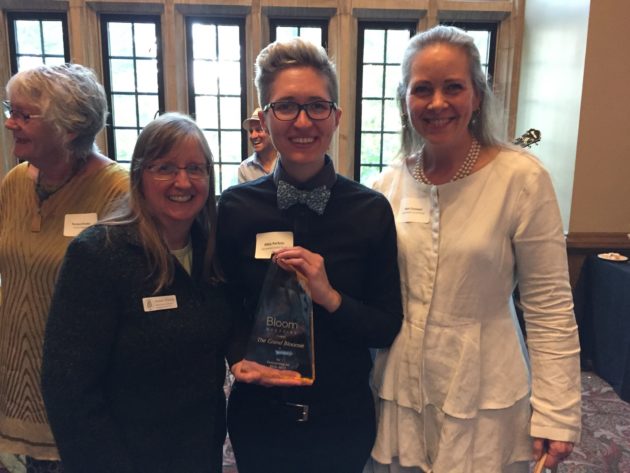 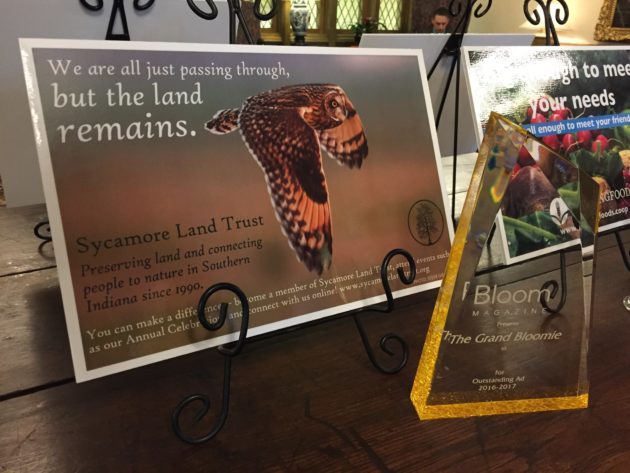 The photo was taken at our Columbia Mine Preserve by Steve Gifford; the message was conceived by artist Bill Whorrall; and the ad was designed by communications director Abby Henkel. Thanks to Bloom for donating the ad space!