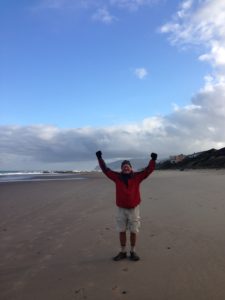 Herb, as his friends and family called him, was a lifelong lover of nature and a passionate member of Sycamore Land Trust. His great work in conservation will always be remembered. Herb helped found and served on the Board of Directors of Gnaw Bone Camp Nature Preserve in order to preserve many acres of local Indiana forestlands. As president of East Monroe Water Corporation, he helped ensure the farmers and local residents of rural Monroe County had access to potable water.

He was an avid Boy Scout, becoming an Eagle Scout and senior counselor at Gnaw Bone Camp.  He attended DePauw University with a BS in Biology while serving as president of Phi Kappa Psi social fraternity. Passionate about helping those in need, he served in the Peace Corp in Sierra Leone to help teach communities about sustainable aquaculture and build hydrofarms. He then attended Indiana University where he earned a Master’s of Science in the School of Public and Environmental Affairs.

He met Catherine Green his former wife of 15 years in grad school, who he had two Children with, Holly Greene Hoover and Scott Wyle Hoover. 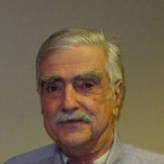 Donald Whitehead passed away at Stonecroft Health Campus on February 6, 2018 at the age of 85. Born in Quincy Massachusetts on September 14, 1932 as the son of Arthur and Olive Whitehead. He resided in Bloomington, Indiana for the last 51 years. Don predeceased by his wife of 33 years, Elizabeth Pleasants Whitehead and his children, Peter Whitehead and Pamela Whitehead, and grandchildren Jaclyn Whitehead Kroll and Colin Whitehead.

His passion for nature began when he was young, making trips with his father to the White Mountains in New Hampshire and going birding along the shores of the Atlantic. This love for nature led to some of his great contributions in conservation. He joined the Sassafras Audubon Society of Bloomington and led the annual Christmas Bird Count for 25 years. In the society, He received the Lifetime Conservationist Award, along with a new annual award that was named in his honor. We at Sycamore Land Trust thank him tremendously for his generosity and service on our Advisory Board.

Don graduated from Harvard University in 1954 and continued on with his doctoral work. His work focused on paleobotany and paleoecology and led him to work in both Denmark and Norway. He then taught at Williams College in Massachusetts for seven years and began his IU career teaching in the Biology Department in 1967. He led research on the Paleolimnological Investigations of Recent Lake Acidification project, which analyzed changes in lake acidification caused by fossil fuel use. Later his research focused on studying the effects of forest fragmentation on migrant songbirds.

In lieu of flowers, the Whitehead’s have established two funds. The first is in honor of Don and Betsy Whitehead for the Sycamore Land Trust; a  nature trail will be dedicated in their names this fall. To donate, visit our website and select the “Donation Reason,” then select “In Honor of,” and note that the donation is for Don Whitehead. The second fund is through the Indiana University Foundation to give selected graduate students funds for field research expenses. These donations should be made in memory of Professor Donald Whitehead to the IU foundation.

Here is a link to his obituary for more information. 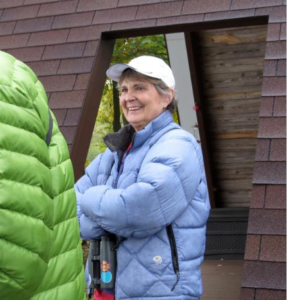 Elizabeth “Betsy” Pleasants Whitehead, 73, passed away peacefully on September 24, 2017 at Autumn Hills Special Care Center. She was born on October 25, 1943 in Washington, DC, the daughter of Richard R. Pleasants and Helen Ewing Pleasants. She lived in Bloomington, Indiana for the last 34 years with husband Professor Donald R. Whitehead.

She began her career by earning a BA in Education from Boston University and taught elementary school in Jamaica Plains, MA. She served as Executive Assistant to the Director at the Kennedy Institute for Politics at Harvard University. She then worked with Area 10 Agency on Aging in Indiana.

She is survived by her siblings, Belinda P. Smith of Manchester, MA, Richard E. Pleasants of Concord, MA and Cornelia Pleasants of Norridgewock, ME. Her stepchildren include Pamela Whitehead of Sacramento, CA and Peter Whitehead of Woodstock, GA, and grandchildren Jaclyn Whitehead Kroll and Colin Whitehead.

As mentioned above, the Whitehead family established a fund in honor both of her and Don at Sycamore Land Trust where we will commemorate them for their love for and time spent with the local natural land.

Here is a link to her obituary for more information. 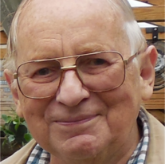 Rudolf “Rudi” Turner of Bloomingon, IN passed away January 25, 2018 at the Residence of McCormick’s Creek in Spencer, Indiana. He was preceded by his father, Aurther Francis Turner, mother Gretel Margerete Kreusler Turner, and Sister Gretel Susan Turner.

Rudi was born in Boston, Massachusetts on Sepetmber 17, 1937.  Rudi began his education with Bachelor’s (1959) and Master’s (1962) degrees in Biology from the University of Rochester, followed by a Ph.D. from the University of Texas, Austin in 1966, and later a post doc in the Cell Research Institute.  His expertise was in Transmission and Scanning Electronic Microscopy, with some of his famous micrographs appearing in biology textbooks.

Rudi had a passion for art as well. He made jewelry inspired by nature by electroplating metals directly onto flowers, leaves, feathers, and other natural objects. He bred and grew orchids, supported programs at WonderLab, and was active in the Lawrence County Rock and Mineral club.

In 2013, Rudi and colleague David Dilcher donated 68 acres of land in Greene county to the Sycamore Land Trust known as the Dilcher-Turner Canyon Forest. Donations such as this are invaluable to our organization and the surrounding community that gets the opportunity to experience them.

In lieu of flowers, memorial contributions may be made to one of his favorite local organizations: WonderLab, Monroe County Animal Shelter, Sycamore Land Trust, or the Monroe County Historical Society.

Here is a link to his obituary for more information.