Bloomington, Ind. – Christian Freitag, Executive Director of Sycamore Land Trust for the past 18 years, has resigned from his position to become President and Director of the Conservation Law Center, a public-interest nonprofit environmental law firm based in Bloomington. 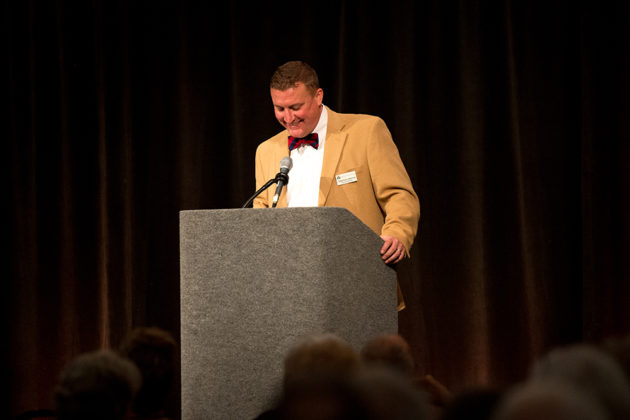 Freitag was hired in 2000 as the organization’s first director, a position he has held since. During his tenure, Sycamore has built a professional staff of seven full-time employees, and efficiently expanded its capacity and impact. The organization now covers 26 counties in southern Indiana, making it the largest of Indiana’s regional conservation groups, and more than doubling its coverage area during Freitag’s service. Most importantly, the organization has now protected more than 100 properties totaling nearly 20,000 acres through direct ownership, conservation easements, and partnerships. Dozens of threatened and endangered species have been documented on land protected by Sycamore.

In this time, Sycamore also established an Environmental Education (EE) program that now serves more than 5,000 students and adults in southern Indiana each year. The EE program provides ongoing, hands-on activities for schools in their classrooms, free of charge, as well as to community groups, retirement homes, and the general public through outdoors events at Sycamore’s 16 public nature preserves.

“Of course it’s bittersweet to leave Sycamore,” says Freitag. “I’ve given eighteen years to the organization, working hard to create a groundswell of people who would help protect those natural places that are the hallmark of southern Indiana. I think we’ve done that. More than ever before, people are embracing the notion that they really can make a difference in their own environment, and moreover, they have a responsibility towards it.”

The organization maintains a permanent headquarters in Bloomington in the former home of Lynton and Helen Caldwell, whom Freitag met as a doctoral student at Indiana University’s School of Public and Environmental Affairs. Lynton Keith Caldwell was the principle architect of the National Environmental Policy Act of 1970, the statute requiring government agencies to consider the environmental effects of their actions through Environmental Impact Statements.

As director of Sycamore Land Trust, Freitag oversaw several notable conservation projects. Beanblossom Bottoms Nature Preserve in northwestern Monroe County, one of Sycamore’s flagship properties, has grown from a few hundred acres to a complex of over 1200 acres throughout the Beanblossom Creek valley. The area was selected by Governor Mitch Daniels as one of five Bicentennial Conservation Areas in the state, celebrating the state’s bicentennial by highlighting and protecting some of its most environmentally sensitive lands.

Also under Freitag’s leadership, Sycamore purchased the Columbia Mine property, 1,043 acres at the Patoka River National Wildlife Refuge, a keystone parcel tying together other pieces to create a larger 5,000-acre contiguous protected parcel. That land is managed by the US Fish and Wildlife Service as part of the refuge. Sycamore also purchased property at Goose Pond Fish and Wildlife Area in Greene County, donating it to the state Department of Natural Resources, and only the second addition to Goose Pond since its inception. 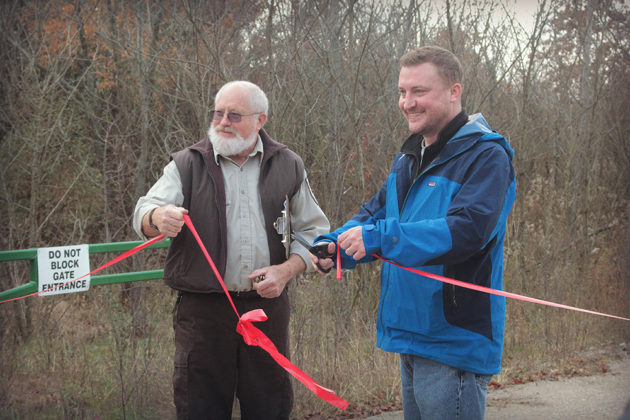 Christian Freitag (right) and Bill McCoy, retired manager of the Patoka River NWR, at the opening of Columbia Mine Preserve in 2013

At the Conservation Law Center, Freitag will succeed W. William Weeks, who is leaving the position after thirteen years as its founder and director. Established in 2005, the Conservation Law Center represents local, regional, and national clients in a variety of matters to help them achieve their conservation goals. The Center provides legal counsel without charge to conservation organizations, works to improve conservation law and policy, and offers law students clinical experience in the practice of law and the profession’s public service tradition.

In his new role, Freitag will continue to serve the important work of Sycamore Land Trust as one of its advisors and attorneys, a role the Conservation Law Center has played for thirteen years. Sycamore Land Trust is proud of the work done and progress made with Christian, as wishes him well in his new position.

A job posting and description can be found at sycamorelandtrust.org/jobs.