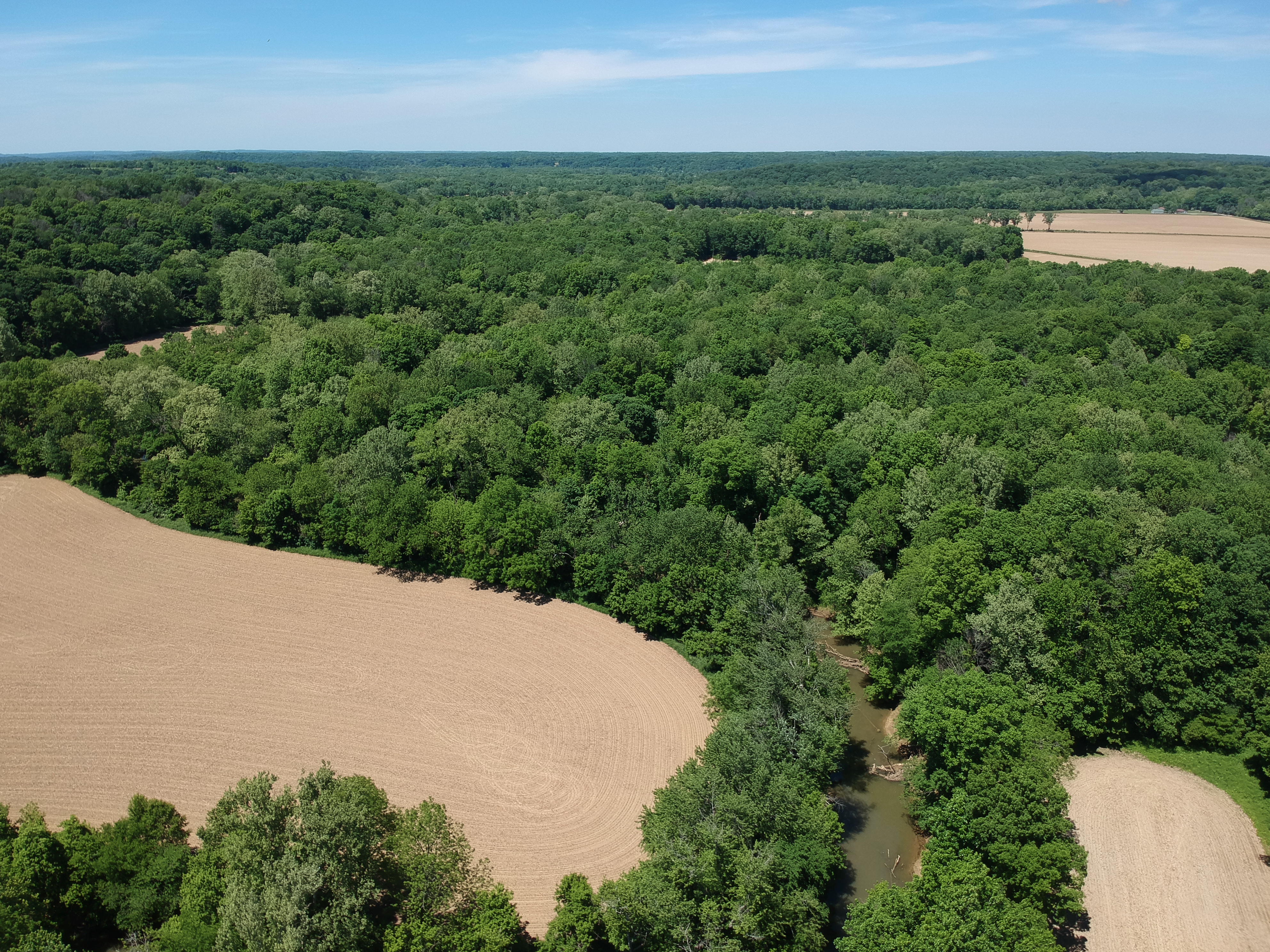 A New Habitat for Herons

This article originally appeared in the fall 2018 issue of The Twig, our newsletter for Sycamore members. To see more articles or view it as a PDF, click here.

Sycamore Land Trust’s latest land purchase along Beanblossom Creek has a special tie to our first wetland parcel in the area, which was acquired more than two decades ago. The winter 1995 issue of The Twig heralded an ambitious new project on the front page, named “Habitat for Herons.” A 94-acre parcel of high-quality wetlands was for sale in Monroe County, right next to the US Fish and Wildlife Service’s Restle Unit of the Muscatatuck National Wildlife Refuge. The property was found to contain a great blue heron rookery with 16 nests, only the second rookery then known in the county. Although Sycamore was only five years old and still an all-volunteer organization, and had protected just four other properties so far, our board was determined to act.

The headline article in the The Twig outlined the challenge: Sycamore had to raise a $16,000 down payment within eight months, followed by the balance of the $53,000 purchase price in the next five years. This was no small goal for the young organization, which had only purchased one property at that point. But an update in the following spring 1995 issue reported good progress, with over $9,000 raised. And the news in the fall was even better – “We did it!” The property had been purchased, four years ahead of schedule. In just a few more years, “Habitat for Herons” became the cornerstone that grew into Beanblossom Bottoms Nature Preserve, which now encompasses nearly 700 acres of contiguous habitat protected by Sycamore.

Now, thanks to you, we’ve done it again. Another great blue heron rookery with over two dozen nests is protected by our newest land acquisition, a 66-acre parcel on Beanblossom Creek that lies less than a mile upstream from Beanblossom Bottoms. Named Grandchildren’s Woods, the property was purchased with a grant from the Laura Hare Charitable Trust, two major anonymous gifts, and money from our Beanblossom Creek Bicentennial Conservation Area project fund.

The preserve is a wonderful addition to the conservation area, featuring mature floodplain forest with 1.1 miles of creek frontage. A local family owned the land for decades, and the woods have remained essentially untouched for a long time. To protect the heron rookery from disturbance and due to lack of public road frontage, we will not develop public parking and access. A small farm field on the south end of the property will be reforested.

With the addition of Grandchildren’s Woods, Sycamore has acquired 773 acres in the Beanblossom Creek project area since 2015 – and all because of your support! Donations from Sycamore members and supporters including the Sam Shine Foundation, the Efroymson Family Fund, Oliver Winery, and the Ropchan Foundation have allowed us to raise over $1.4 million to more than match $1 million in State Bicentennial Nature Trust funding for land purchases in the area. The 94 acres of Habitat for Herons are now, 23 years later, part of over 1,500 acres preserved by Sycamore along Beanblossom Creek in Monroe County. It’s an impressive legacy, which we will continue to build upon – thanks to you!