(Not) sorry to bug you

This article originally appeared in the summer 2020 issue of The Twig, our member newsletter. To see more articles and past issues, click here. 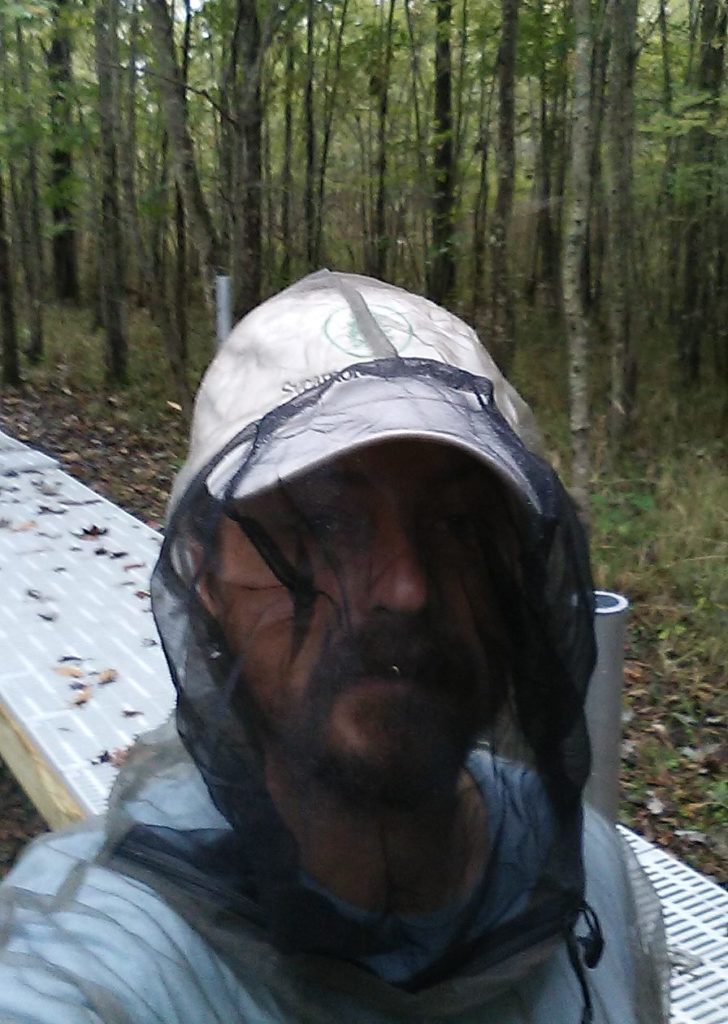 Being a land steward has its perks! Not the least of which is having the great outdoors as your office. However, it also has its drawbacks. Dealing with the weather can be a challenge but there is one thing that really bugs me.

Ok, that was a bad pun, but the truth is insects can be a real pain. From Arachnids to Zorapterans, there are over 1.4 billion insects per person on this planet. Despite this huge disparity, there are relatively few insects that truly cause us harm.

In my career as a conservationist, I have been bitten or stung more times than I care to remember. I have come to see it as part of the job, and if I’m willing to endure the discomfort I am usually rewarded with a wonderful view or memorable experience. One day last year while working on the boardwalk at Beanblossom Bottoms Nature Preserve, I was being attacked by mosquitoes and deer flies until a dragonfly befriended me and followed me up and down the trail, picking off the would-be attackers.

Of course, insects can be vectors for disease, so we do have to exercise some safety precautions. But overall, the vast majority of insects, even those often labeled as “pests,” play an important role in our ecosystem. For instance, there are over 3,500 named species of mosquitoes. Of those, fewer than 200 species bite humans. And all of them fill important ecological niches through pollination, being prey to many different species, and even affecting the composition of the arctic landscape through their influence on caribou migration (it’s like “the butterfly effect,” without the colorful wings). While it might be tempting to want to rid the world of these “pests,” we must consider the ripple effect it could have on the ecosystem as a whole.

“The last word of ignorance is the man who says of an animal or plant: What good is it? If the land mechanism as a whole is good, then every part is good, whether we understand it or not. If the biota, in the course of aeons, has built something we like but do not understand, then who but a fool would discard seemingly useless parts? To keep every cog and wheel is the first precaution of intelligent tinkering.”