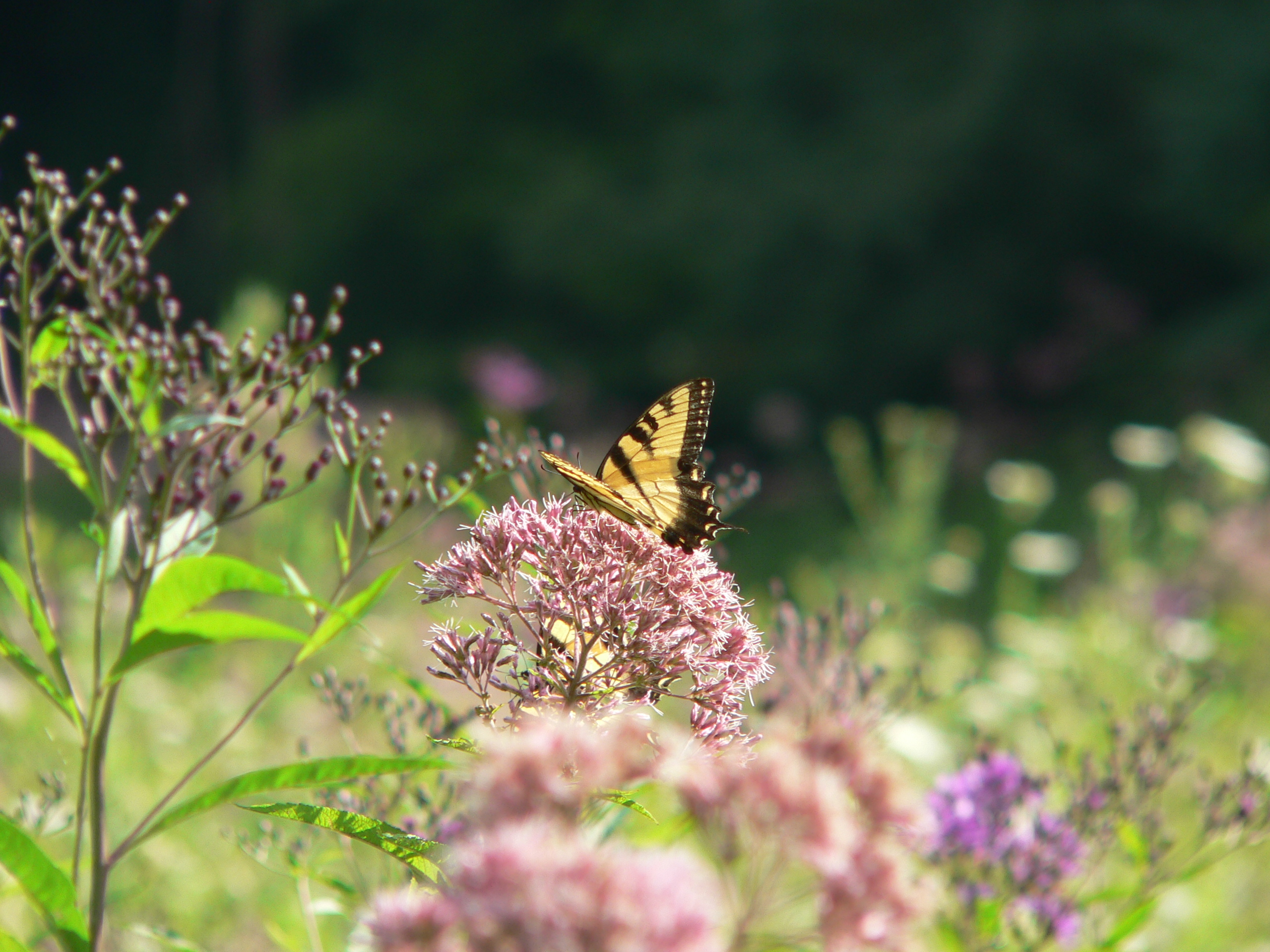 “My favorite plant is whatever new plant I discover.”

This article originally appeared in the summer 2020 issue of The Twig, our member newsletter. To see more articles and past issues, click here.

Peine Farm has been in the family for 50 years, but these days you might instead call it Peine Nature Oasis. In every season, the family’s 196-acre Morgan County property, forever protected by a conservation easement with Sycamore Land Trust, teems with native plants, animals, and insects. On a phone call in mid-March, Rich Peine told me he’d been pleased to see spring beauty, trillium, purple cress, and harbinger of spring beginning to bloom. In summer there will be Joe Pye weed, three birds orchid, and mountain mint.

“We didn’t plant any of it,” Rich’s wife Dee Ann told me. “They just came when we stopped mowing the lower pasture.” When they decided to revert the last bits of the old pasture to nature, they thought they would have to buy lots of plugs for native plants. But the seeds were just waiting in the soil until they had a chance to burst through.

But don’t be mistaken – the couple has been putting in hard work for years. Dee Ann had more than 100 milkweed seedlings growing in her house during our chat, and they have planted many native plants over the years. What’s more, they’ve invested great effort in removing invasive plants including autumn olive, multiflora rose, and Japanese stiltgrass. The Peines have been diligent about removing them to make way for native plants and provide habitat for insects, birds, and even a native Indiana eel called a brook lampray. Dee Ann describes how “you can see their little suckers moving rocks for their nests. That’s why I like to go to the creek a lot, because there’s always something different.”

Curiosity has indeed driven much of the Peines’ stewardship on their land. By allowing Wes Homoya, son of retired state botanist Mike Homoya, to do a bird count on their property for his project with the Audubon Society, they discovered 85 species of birds nesting there. After hiking the property with Kevin Tungesvick of Eco Logic, a Sycamore partner and supporter, they learned about the native grasses and sedges on their land and started referring to their swamp as “the seep” as Kevin did.

One of their more recent priorities has been developing the grassland at Peine Farm following Kevin’s advice. As the canopy closed up on some parts of the land, the grassland birds that had been nesting there weren’t showing up. But in recent years, the Peines’ efforts to turn the pastures to prairie have paid off. Dee Ann recalls seeing redwing blackbirds and a great blue heron recently.

“I hadn’t seen one in a long time,” she told me. “They don’t have habitat like they used to.”

Thanks to the passionate efforts of Rich and Dee Ann, native wildlife have more habitat in Morgan County, whether they seek thick woods, tall grasses, or swampy bottoms. And because the land is protected by a conservation easement, it will forever be wild and undeveloped.

“Our hundreds-of-years goal is to have this be an old-growth forest,” Rich told me. “It’s a legacy. If I could be a part of the story, I’m grateful for that.”

Rich is glad his father bought the land when he did, believing it would have been timbered because the previous owner worked in logging. Now, the forest is thick with oaks that will support hundreds of species of wildlife and grow to be centuries old.

photo: An eastern tiger swallowtail finds nectar on common milkweed at Peine Farm. With a college degree in entomology, Dee Ann Peine feels a special connection to the preserve’s insect visitors like this one | John Lawrence