Thanks to a grant from Bartholomew County REMC, Sycamore staff have designed trailhead signage to highlight what makes Touch the Earth such a special place. New educational signage at Touch the Earth Natural Area focuses on the preserve’s unique successional forest habitat as former farmland reverts back to forest. 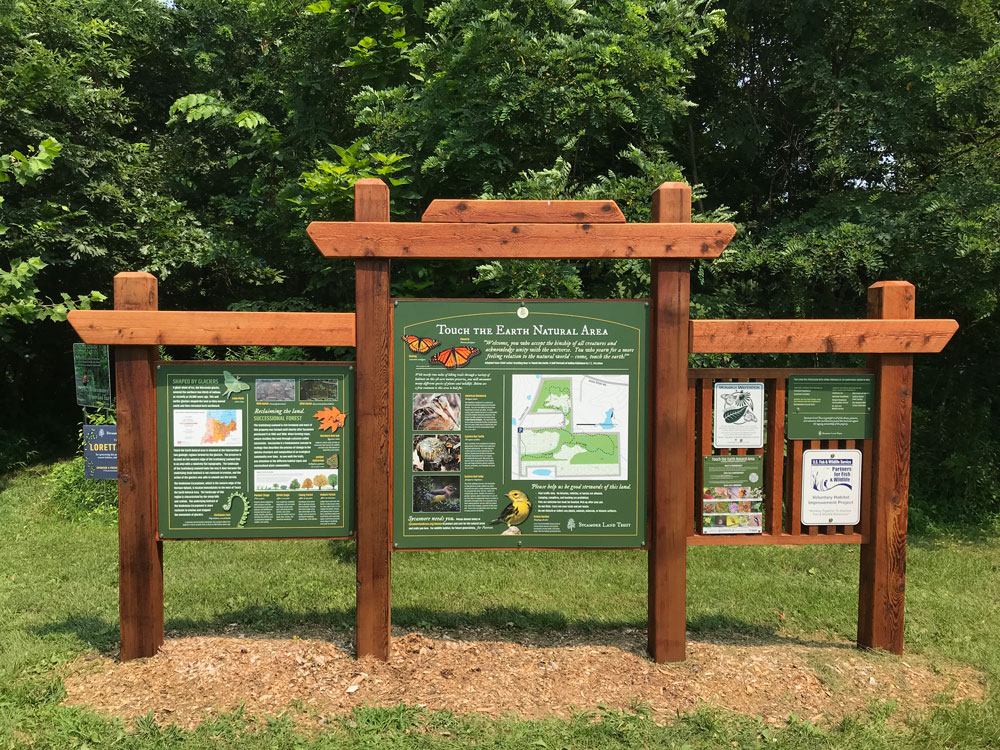 ‘When you and I are gone, Touch the Earth Natural Area will still be here, providing a place where nature can pass through its natural cycle undisturbed. From the beginning of time until the early 1800s, this land belonged to no one. Now, 176 years after it was first surveyed, this land once again belongs to no one. Rather, it is for the use of all and belongs to all of us. We can all watch together as nature reverts towards its natural state as it overcomes the intrusions made by man…

“This is attributed to a gentleman named George Trevelyan: ‘A man and what he loves and builds have but a day and then disappear. Nature cares not and renews the annual round untired.’ Keep renewing, Mother Nature.” 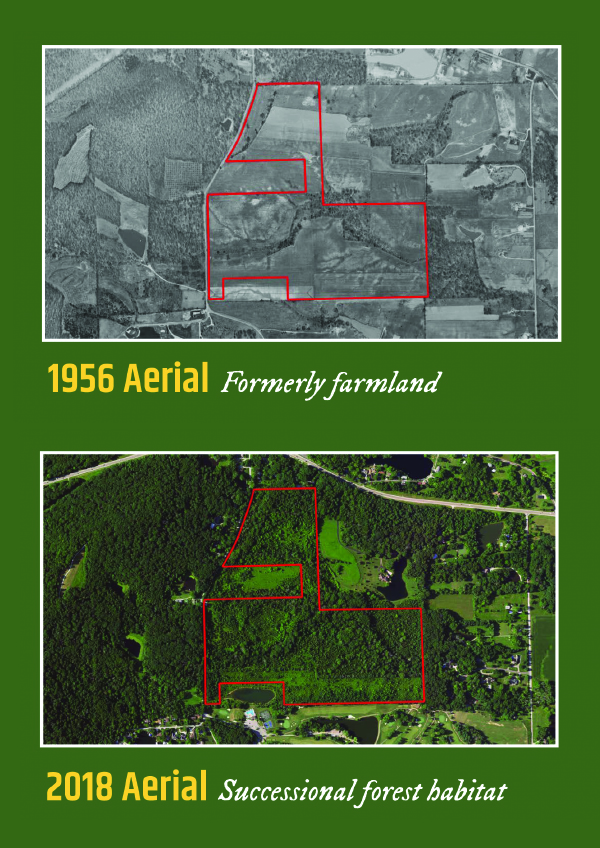 What is Forest Succession?

Touch the Earth Natural Area was farmed until shortly after Sycamore purchased it in 1995 and 1998. When farming stops, nature reclaims the land through a process called succession. Succession is a fundamental concept in ecology that describes the process of change in the species structure and composition of an ecological community over time. As you walk the trails at Touch the Earth, pay attention to the different habitat types and successional plant communities.

Studies have shown that early successional grassland and forest habitats such as those found at Touch the Earth Natural Area have declined throughout most of eastern North America due to changes in land use practices and lessening fire disturbance, making this type of habitat even more important for the wildlife species that rely on it. 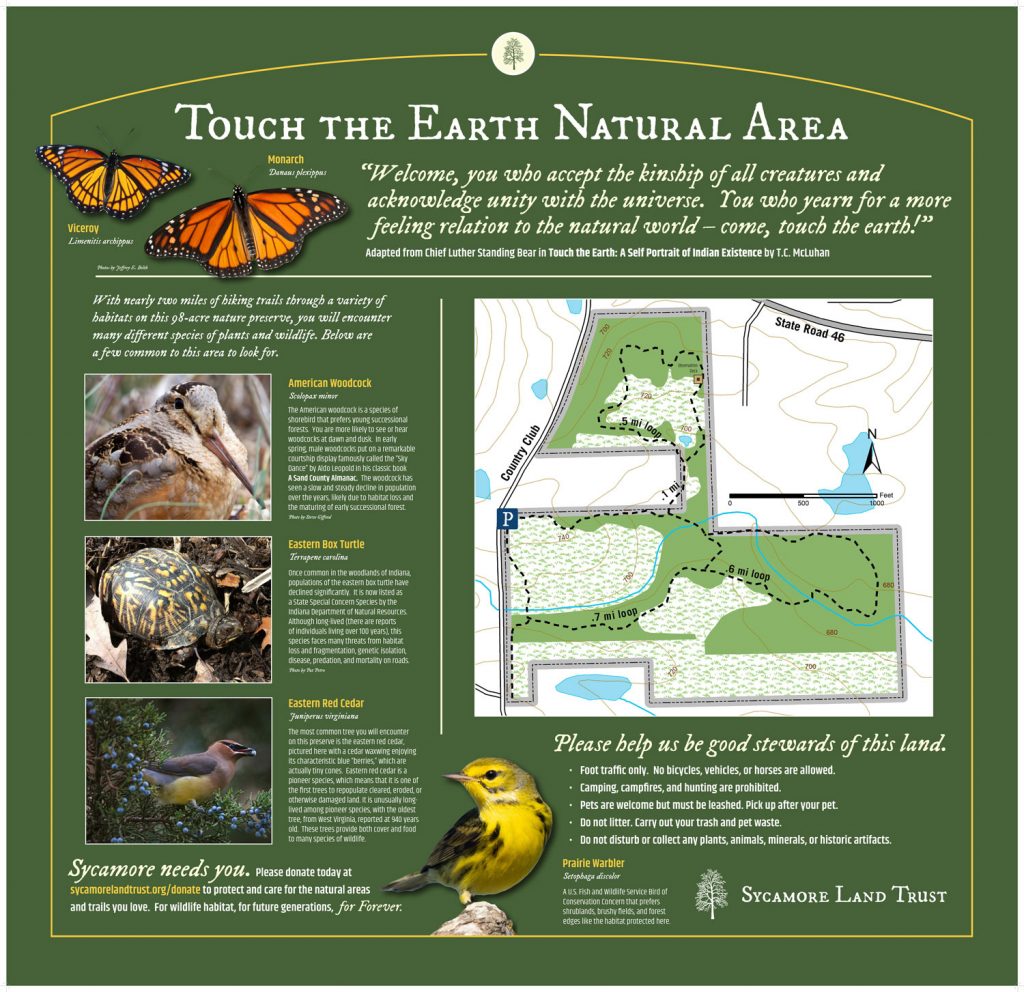 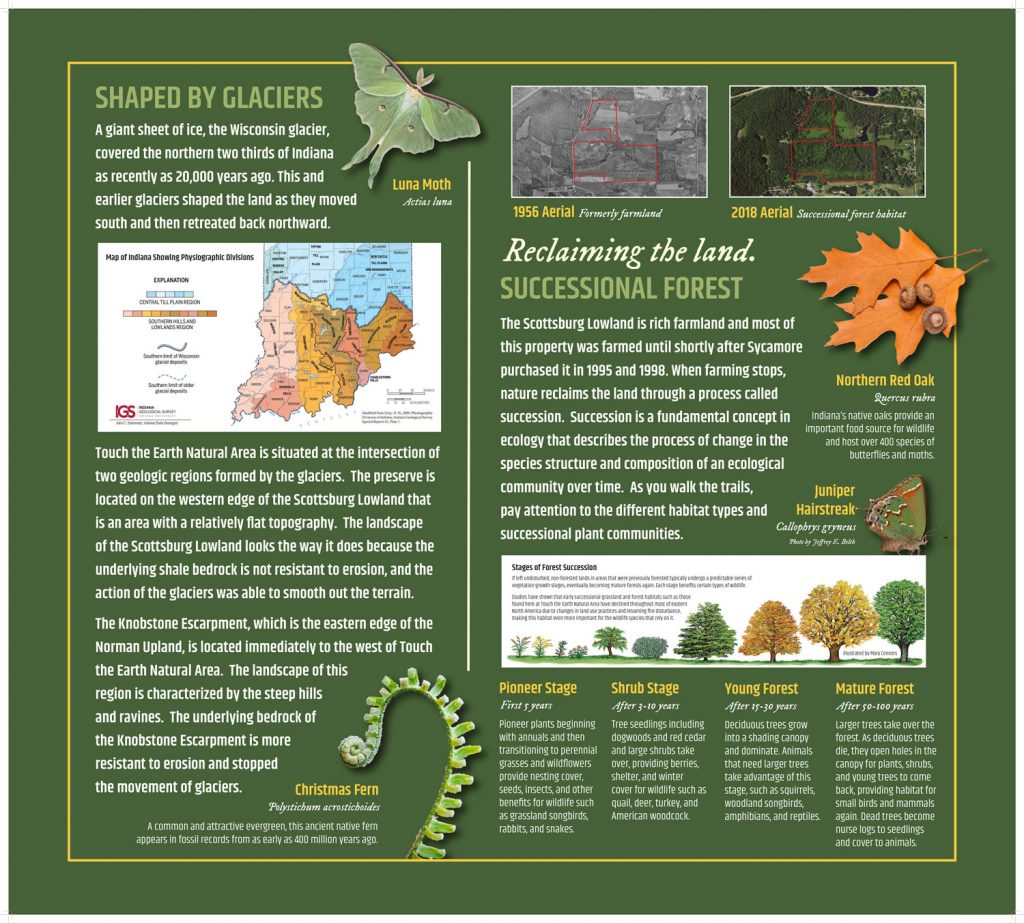 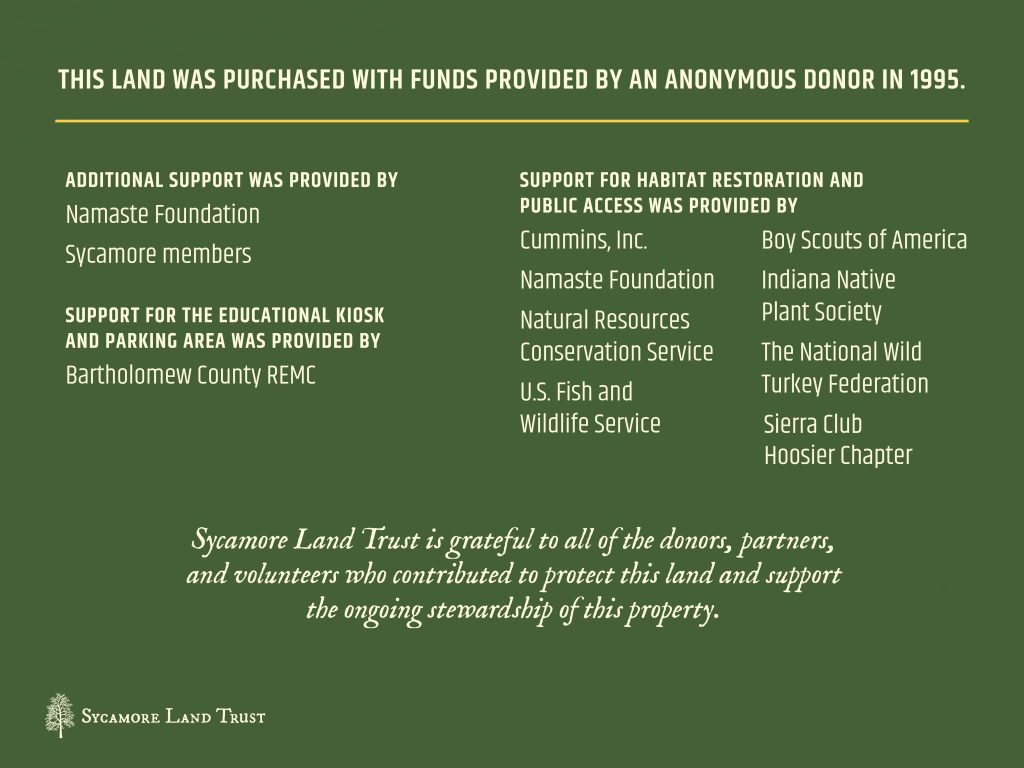 Click the images above to expand. Thank you to Mary Connors, B.S. K-12 Education, M.A. Art Education, for the beautiful forest succession illustration and to Jeffrey Belth, author of Butterflies of Indiana: A Field Guide, for his butterfly photography.