“The Balancer”: A Snapshot of Local Conservation in the 1960s

Three issues of the local conservation newspaper The Balancer were shared with us by Barbara Restle, who donated the first parcel of land to Sycamore Land Trust that would become our Beanblossom Bottoms Nature Preserve.  The Balancer was produced in the mid-1960’s when she was one of the five Soil and Water Conservation Supervisors for Monroe and Brown Counties.  Copies went out to approximately 800 farmers and landowners and included a submission from Professor Lynton K. Caldwell, principle architect of the National Environmental Policy Act of 1969 and founder of Indiana University’s School of Public and Environmental Policy.

“The timing of this publication was important,” Barbara explained. Farmers were just beginning to transition away from old world farming to industrial culture and, for many, this newspaper was the first time they were introduced to new research from Purdue University in soil science. “Many farmers were still using farming methods that were used by their great grandparents.”

While there are many conservation successes to celebrate since this newspaper was produced, we still face the same conservation challenges today.  “In over one half a century… legislation has not made the impact we all expected,” Barbara said.  “Headlines I composed in the 1960’s are similar to the ones we see today in newsprint.”

Recognizing the contributions and challenges of conservation leaders who have gone before us helps to inspire our ongoing work to protect southern Indiana’s natural areas and native biodiversity for future generations. 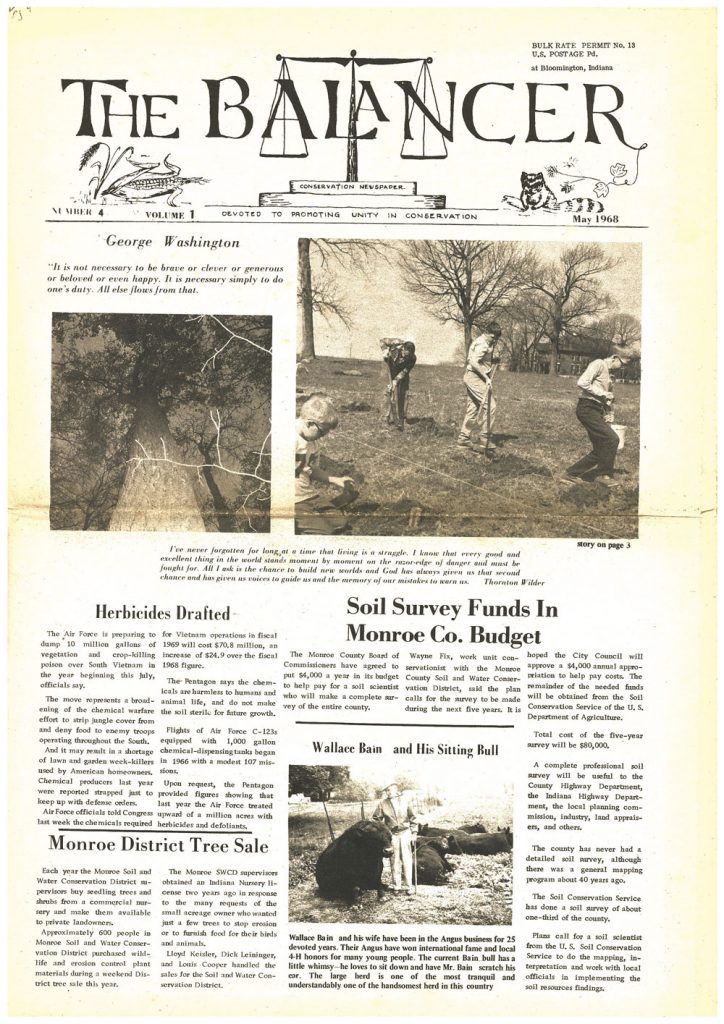 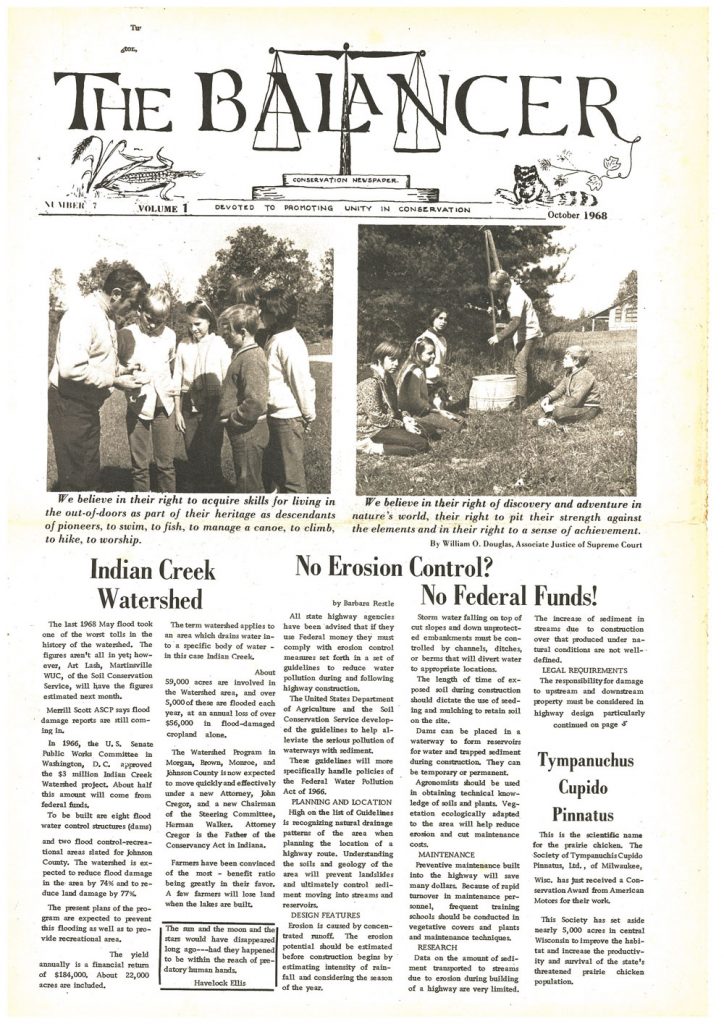 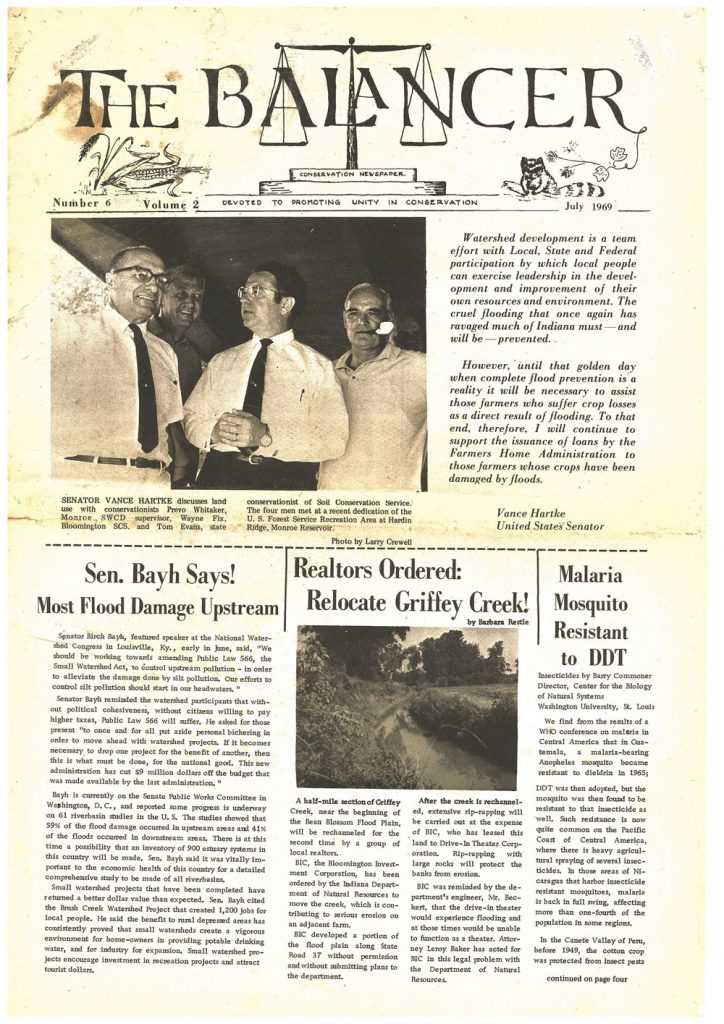